To understand, we need to look at the mutually beneficial (symbiotic) relationship that corals have with a type of microscopic one-celled algae known as zooxanthellae.

The algae lives right within the tiny living animals known as coral polyps that make up our reefs. The corals provide a home for the algae. In turn, the algae converts sunlight into energy and provides that nourishment to the coral polyp. The algae also gives corals their colors. It’s a win-win for both the coral polyp and the algae. 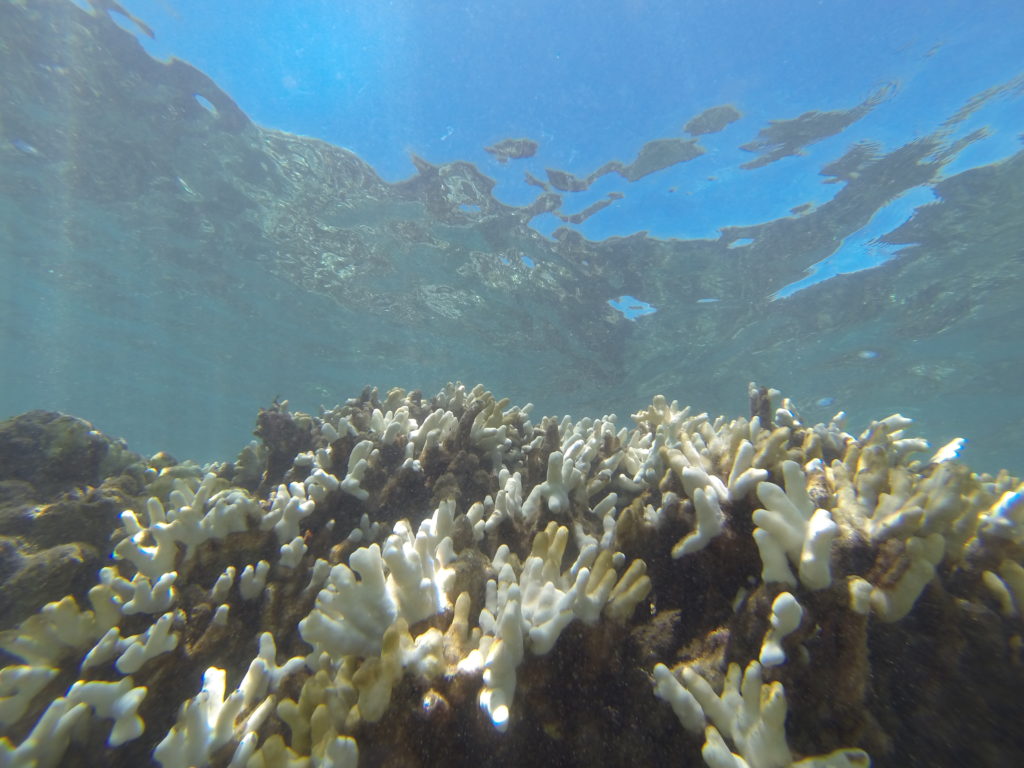 Corals do best when ocean water is between 73 degrees F and 84 degrees  F. If the water becomes too warm or if it contains toxic chemicals, the corals expel their symbiotic algae. Without the algae, the corals appear white or “bleached.”

Unfortunately, bleached corals are more susceptible to death and disease.

In August 2014, warm weather in the North Pacific Ocean caused bleaching throughout the Hawaiian islands. More severe bleaching occurred in the summer of 2015.

Official reports state that 20 to 40% of Maui’s corals were lost following the 2015 bleaching event.

What can you do to prevent coral bleaching?

First, become an advocate in the fight to stop climate change. Do all you can to reduce your carbon footprint. Install a solar PV system at your home. Switch to LED lights. Buy a fuel-efficient hybrid or an electric car fueled with solar power. Drive less, and bike or walk more. Choose foods from local farms or local sources. Eat one or more vegetarian meals per week.

Second, help address other serious causes of stress to our coral reefs. For example, sediment run-off and near shore ocean water pollution are not international problems. These problems begin right here on the islands of Maui County and can be solved right here by people working together. 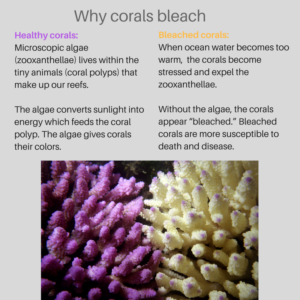