How are spinner dolphins, manta rays, sharks, sea turtles and large schools of fish like akule in Maui’a Honolua Bay responding to the lack of pressure from tourism?

Maui’s beautiful Honolua Bay is located only 10 miles north of the population centers of Lahaina and Ka’anapali. A Hawaii Marine Life Conservation District, Honolua Bay is visited every day by an average of 800 people. They arrive on tour boats and on foot, to snorkel among fish and corals, Hawaiian green sea turtles and occasional manta rays. People also flock here with the hopes of encountering wild spinner dolphins, who use the bay during the day to rest and socialize after active nights of fishing for food in deep ocean waters.

Right now Honolua Bay is mostly quiet, due to Covid-19’s impact on tourism. Tour boats are few and far between.

This presents a once-in-a-lifetime opportunity to gather baseline data on how wildlife uses this bay while humans and tour boats are largely absent. How many wild dolphins, sea turtles and manta rays are entering Honolua Bay? How much time are they spending in Honolua Bay? This baseline data will be used to quantify the impacts of tourism on Honolua Bay’s marine wildlife. Ultimately, it will help policymakers create the best policies for managing human usage of Honolua Bay.

Maui Nui Marine Resource Council is working to raise funds to support a rapid assessment study that will monitor the larger marine life such as spinner dolphins, manta rays, sharks, sea turtles, and large schools of fish like the akule, found in the Honolua Bay Marine Life Conservation District. The study will be conducted by  Mark Deakos, Ph.D., of Hawaii Association for Marine Education and Research (HAMER). Dr. Deakos is HAMER’s founder and lead scientist.

Using line transect surveys, this study will conduct a rapid assessment once or twice per day to obtain a “snapshot” of both the marine life as well as human activity in the bay. These snapshots will be used to examine how megafauna behavior changes based on the time of day and year, around tidal and lunar cycles, before and after large rain events (brownwater), and most importantly, before and after commercial tourism is in full swing.

If the surveys can begin right now, we have an opportunity to obtain a baseline of megafauna activity in the bay before the daily pressures of human activity are reintroduced.

Maui Nui Marine Resource Council (MNMRC) has created a GoFundMe page at https://charity.gofundme.com/o/en/campaign/honoluaresearch to support this research. MNMRC asks you to donate today to help the Hawaii Association for Marine Education and Research (HAMER) support marine biologist Dr. Mark Deakos with the equipment needed to conduct this essential research BEFORE tourism resumes.

About Mark H. Deakos, Ph.D.
Known to many on Maui for his groundbreaking research and protection efforts of our local reef manta rays, Dr. Deakos is the founder and chief scientist of the Hawaii Association for Marine Education and Research, Inc. (HAMER). This organization works to conduct sound research to better understand the health and status of our marine resources and how better to preserve them.

Dr. Deakos obtained his biology degree from the University of Waterloo in Canada where he began pursuing his interest in wildlife biology. After working with several avian and reptile species, his interests rapidly returned to the ocean and towards marine mammals, which eventually led him to Hawaii in 1996. At the University of Hawaii, he completed his master’s degree studying humpback whale behavior and continued his graduate work by completing his doctoral degree with a focus on manta ray ecology.

Over the past decade in Hawaii, Dr. Deakos has worked alongside top researchers in the world gaining familiarity with over 20 species of marine mammals ranging from elusive beaked whales to fearless false killer whales. Dr. Deakos was the project field coordinator for the University of Hawaii’s Humpback Whale Research Program for seven consecutive years. His experiences have taught him the necessity of understanding our environment in efforts to better protect it from ecological or man-made threats. To learn more, visit http://www.hamerinhawaii.org/ 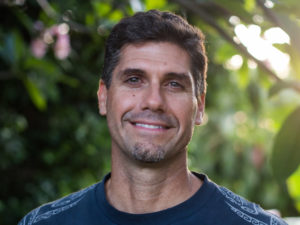 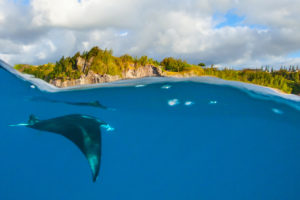 Invasive Roi in Hawaii: What should be done?